MAC Football Game of the Week Preview – Minster at Coldwater

MAC Football Game of the Week Preview – Minster at Coldwater 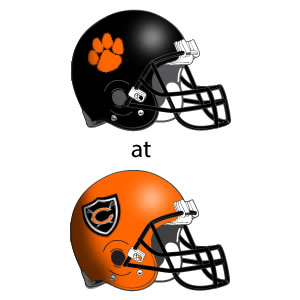 With the autumn chill in the air and the mid-season of the high school football regular season set to unfold this Friday, the Minster Wildcats will invade Coldwater this week in a battle that carries Midwest Athletic Conference title implications.  Since losing their first two games of the season, the Wildcats are 2-0 in conference play, while the Cavaliers have won three games in a row, two in the league, since dropping the season-opener to Kenton a month ago.  “Our practice demeanor has been much different over the past two weeks – we have started to practice like a football team,” commented first-year Wildcat head coach Geron Stokes.  “Our sense of urgency was forced to be elevated, and our seniors have done a much better job these last two weeks of not accepting mediocre effort and their focus has been outstanding.”

Coldwater head coach, Chip Otten, is equally as excited about his squad over the past few weeks.  “Our defense has been outstanding,” he praised.  “The varsity defense hasn’t given up a point since the first half of the Columbus Hartley game in week two.  Communication has been solid, we have not given up big plays, and we are running to the ball and making big stops.”

Last week, the Wildcats hosted the winless St. Henry Redskins and, despite facing numerous situations buried deep in their own territory, their defense rose to the occasion time and time again in the 7-0 victory.  “Our entire defense was big against St. Henry – we set the edge, leveraged the ball, and made big plays when we were backed up the entire first half,” Stokes pointed out.  “They were put in a ton of bad situations with sudden changes and short field position, and they continued to dig their cleats in the ground and get the stops.  I am very proud of what they did as a unit.”

While Minster was grinding out their win over the Redskins, Coldwater traveled to Delphos and despite poor weather conditions, had little trouble finding the end zone and making big stops on the defensive side of the ball in a 41-6 blowout over the St. John’s Blue Jays.  “Brody Hoying and Mitch Schoenherr played outstanding on both sides of the ball last week, as they have continued to do all season,” Otten explained.  “Our running game has really improved as the offensive and defensive lines are using their quickness advantage to help us play well up front.”

With a 3-1 record and number-two ranking in this week’s Division V Associated Press poll, the Cavaliers are quickly establishing themselves as not only the team to beat in the conference, but also have their sights set on a fifth straight trip to the state final in the coming months.  “They (Coldwater) are unbelievable to watch on tape – they play the game the way it is supposed to be played,” Stokes remarked.  “They play really hard, are extremely physical, and execute like crazy.  Their coaching staff does an incredible job and it is obvious by watching them on film.  We’ve got a huge challenge this week, but that’s what we want!  We will either execute how we should and it will be a dog fight, or we won’t execute and we’ll get beat.”

Minster will present many challenges this week that Otten feels will need to be addressed early in the battle.  “Their overall size and physical play up front is the first thing I notice.  Their size against our schemes and quickness will be interesting matchup and certainly a key to outcome of the game.  Right now the confidence of our inexperienced and younger players is getting better.   Because of the way we have played the last three weeks, our kids feel like they can compete with anyone on the schedule.”