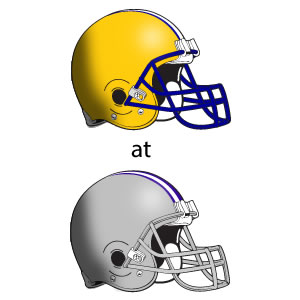 On Friday, we welcome week two of Midwest Athletic Conference football action and the game of the week that pits the Marion Local Flyers and Fort Recovery Indians tangling at Barrenbrugge Park in Fort Recovery.  The Flyers land in town with an unblemished record both overall and in the Midwest Athletic Conference at 3-0 and 1-0 respectively, while the Indians suffered their first loss of the season last week against Anna to fall to 0-1 in the conference and 2-1 overall.

In their 42-13 victory over Parkway last Friday, the Flyers were clicking on all cylinders as they pounded the Panthers for 14 points in each of the first two periods and followed up with seven in each the third and fourth quarters.  The Flyers piled up more than 200 yards on the ground and 160 through the air with Jacy Goettemoeller hitting the century mark for the first time this season with 112 yards rushing and two touchdowns.  Adam Bertke collected 150 yards throwing the ball on 13 completions and also threw for a pair of scores.  Troy Homan was Bertke’s top target with more than 100 yards receiving, while Dustin Rethman picked off two Parkway passes to lead the Flyer defense.  “The strength of our defense is the fact that we put 11 guys on the field who can run,” Flyer head coach Tim Goodwin pointed out.  “We have pursued to the ball well to this point, while our secondary and defensive line are pretty much intact from last year, and they have played like we expected.”

Things looked promising early on for the Indians as they charged ahead 7-3 midway through the second quarter last week against Anna, but two quick scores by the Rockets before the halftime break spelled doom, as the Indians fell in their conference opener 31-7.  The Indians were out-gained 351-181 yards in the defeat and were led by Darien Sheffer’s 149 yards through the air.  “Our defensive front played well – we held their main running back to his lowest rushing yardage of the season,” remarked Niekamp.  “Seth Riegle had 15 tackles, but our front four – Reece Grieshop, Kyle Timmerman, Jacob Muhlenkamp, and Trent Dues – did a really did a good job of clogging things up inside.  Offensively, Darien Sheffer has continued to improve – he had a great first half against Anna, and  I think he showed us and himself that he can make plays against a very tough opponent.  The key now is developing more consistency.”

For the Flyers to move to 4-0 on the season, Goodwin pointed out that his team needs to cut down on turnovers (three last week), and contend with Fort Recovery’s stingy defense.  “Fort Recovery’s strong point right now is their defense – they are sound, well-coached, and play hard,” he explained.  “Their offense is very young, but they have to be excited about their future. We just need to continue to work to improve upon the things that we are focused on this week.”

Both teams understand the importance of Friday’s early-season battle, particularly Fort Recovery as they go against what could likely be their stiffest test of the season.  “We need to prepare for them the same way as anyone else – we look at their best players and what they try to do with those guys defensively and offensively,” Niekamp commented.  “Obviously, they have some very good players in Bertke and Goettemoeller to name a few, but what makes Marion so good is how hard they play.  They are very fundamentally sound and they play very hard.  We need to be ready to play with a very high level of intensity on Friday.”