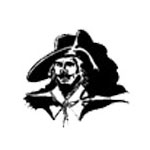 Ashley Evers of Coldwater became the first Girls Golfer in Coldwater school history to advance to the State Tournament.  Not only did she advance yesterday during Districts at Arlington, but her score of 78 set a school record and she won the entire District Tournament with her score.  This earned her 1st team District honors and she was named as the District Champion (medalist).

Ashley will now move on to the State Tournament in Columbus in which she will be golfing on the grey course.